The remains of a 13th century hexagonal castle in Old Bolingbroke. Birthplace in 1367 of the future King Henry IV, with adjacent earthworks. Besieged and taken by Cromwell’s Parliamentarians in the Civil War in 1643. The battle of Winceby took place at that time and the Royalists were defeated. After the siege the castle was destroyed and remains as ruins.  For more information visit English Heritage.

Snipe Dales is on the A1115 between Spilsby and Horncastle, about two miles south of the junction with the A158.

It covers some 85 ha (210 acres). The are two parts: the the Nature Reserve and the Country Park. Each have their own car park. Both owned by the County Council but managed on its behalf by the Lincolnshire Wildlife Trust for Nature Conservation.

Both the Nature Reserve and Country Park have a network of marked trails. Along the routes there are a number of information boards which explain in more detail some of the features that are to be seen. Within the country park is a toilet block, picnic areas and a specially constructed “easy access” path for the disabled.

The Lincolnshire Aviations Heritage Centre is a family run museum set up some 20 years ago at East Kirkby. It is now widely seen as a living memorial to the 55,500 men of Bomber Command who lost their lives during WW2.  It holds one of the rarest aircraft, an Avro Lancaster Bomber, in its collection along with many wartime vehicles including a Ford WOT1 Crew Bus, the only one of its kind known in existence. Regular air shows are held and it is also possible to arrange a ride along the airfield in the Lancaster.

The old Roman town of Horncastle is 7 miles away, the town won the Millers Guide award for the best Antiques centre with numerous Antique shops to visit.

The Battle of Britain Memorial Flight is based at RAF Coningsby, where you can see the last flying Lancaster in Great Britain. Guided tours are available.

The historic market town of Spilsby is the birth place of Lincolnshire’s most famous explorer, Sir John Franklin. It is less than five miles from Hareby and offers a selection of shops and places to eat.

In World War Two the Dambuster Squadron were billeted at the Petwood Hotel, in the centre of Woodhall Spa a memorial has been erected to commemorate their achievements.Woodhall Spa also has two championship golf courses and local Kinema (rear projection cinema).

Skegness and the Coast – 18 Miles

If you prefer to be beside the seaside, Skegness is not far away and provides entertainment for all tastes, including one of the finest concert halls on the East Coast. Also within easy reach is the Fantasy Island Complex, advertised as the country’s largest indoor leisure and theme park.

Lincolnshire Wildlife Trust’s Donna Nook Nature Reserve covers more than 10 km of coastline including sand dunes and saltmarsh. Rich in diverse plant species, breeding and migratory birds. Well known for its grey seals every November and December, the seals give birth to their pups near the sand dunes: a wildlife spectacle which attracts visitors from across the UK. The Viewing Area is at the foot of the sand dunes and is open late October to December.

The historic city of Lincoln is only a thirty minute drive away, with its cobbled streets and quaint shops, wine bars & restaurants it is well worth a day out. Visit Lincoln Castle built by William the Conqueror in the late 11th Century or Lincoln Cathedral built at a similar time and completed through the medieval period. One of the four remaining copies of the Magna Carta are now securely displayed in the Castle.

Established in 1976, the name of the route was suggested by the Ramblers Association to reflect the influence of the Danelaw in the eastern counties of Britain.

The Viking Way footpath runs for some 147 miles from the Humber Bridge in North Lincolnshire through to Oakham in Rutland. It is accessible locally, from Horncastle 7 miles away & Woodhall Spa 14 miles away, and crosses over fens, wolds and heath landscape and offers a healthy walk.  Download an Overview map here.

The County Council in partnership with the British Driving Society, the British Horse Society and other organisations has established a 69 mile trail across the Lincolnshire Wolds suitable for carriage drivers, horse riders, cyclists and walkers. The trail extends from Willingham Woods in the north to Horncastle in the south and passes through both Hagworthingham & Hareby.

The trail is waymarked throughout its length with the trail logo shown below and more details of the route can be found on the website Lincolnshire.gov website or by downloading this leaflet

The National Trust Properties of Gunby Hall (9 miles) and  Tattershall Castle (11 miles) are other places well worth a visit.

* Please note all Distances are measured from Hareby Village 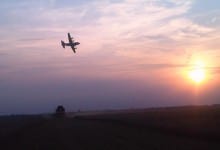 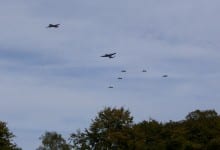 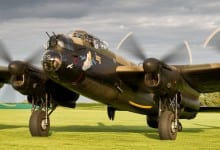 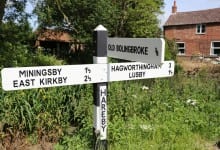 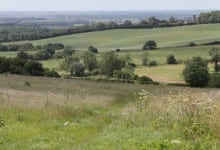 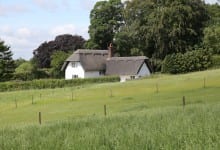 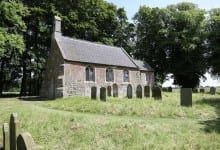 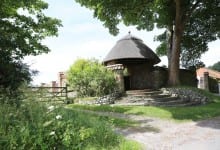 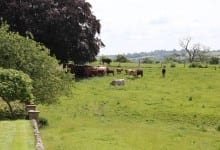 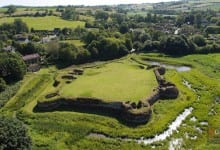 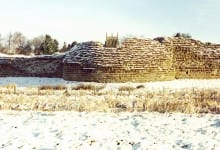